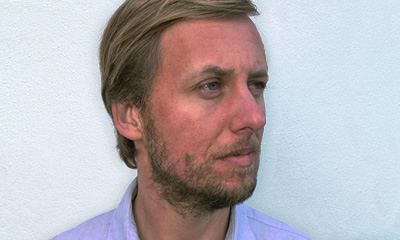 Curtis James is a director of People Who Do, manager of The Simon Sound, father, book binder, Samaritan and marathon runner (almost). Curtis has worked as a musician, audio producer and managing director across a range of creative businesses: his own and other peoples’. He still leads a creative life running a small letterpress studio and collecting anything he thinks looks or feels awesome, but concentrates on helping individuals and organisations get the most out of themselves and their lives, which he has been doing for over a decade.

In the face of global recession it is our creativity that gives us the edge. Yet finding the space to be creative is harder than ever. Modern working practices mean we juggle diverse work loads whilst fielding increasing interruptions from email, tweets, text, phone, letters and colleagues.

Curtis, alongside his colleague Steven Stark, will run a practical workshop that will help you improve your productivity, and increase your capacity for creative thinking and doing.

You’ll learn a brilliantly simple and straight forward framework designed to be habit forming: fading into the background of your work and freeing your brain to focus on what really makes a difference. It’s an intense day but you’ll enjoy the benefits immediately: feeling in control and on top of your work.